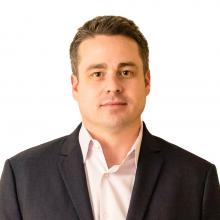 Before joining Lagardère in 2014, Kern was founder and principal of Haymaker, one of the country’s fastest-growing partnership and property marketing agencies, and a network company of The Richards Group.

He began his career in management consulting with Arthur Anderson LLP, working with multinationals in the areas of corporate finance, loss recovery, and litigation consulting. From there, Kern moved to an Omnicom agency, where he handled sponsorship initiatives for the likes of McDonald’s and Motorola.

Next stop was a start-up – he cofounded EEPEX, a technology practice designed to create transparency and efficiencies in the public procurement process – and currently sits on the board of directors.