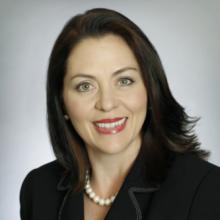 As Chief Communications Officer, Luella Chavez D’Angelo is responsible for developing and implementing a global communications and corporate social responsibility strategy for the company’s growing array of products and delivery channels. In addition, she oversees Western Union's Social Ventures department, and the Western Union Foundation, together with its Board of Directors.

Chavez D’Angelo received the 2010 Lifetime Achievement Award from the Colorado Women’s Chamber of Commerce. She holds a bachelor’s degree in Marketing Management and a master’s in Business Administration, with an emphasis on Finance, from the University of New Mexico.