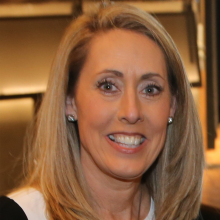 Cheri Kempf has long been at the forefront of women’s fastpitch softball - as a player, instructor, an industry marketing representative, a television sports commentator and as the Commissioner of National Pro Fastpitch.

A four-time National Champion and three-time Hall of Fame Inductee, Kempf has also represented the United States on the international stage as a National Team member for Team USA and 1992 World Cup Champion.

Off of the field, Kempf has supported softball athletes since 1999, when she built and began operating the largest training facility in the world for the sport, known as Club K.

In addition to creating instructional DVDs and software to assist softball players in perfecting their craft, Kempf is the author of the book “Softball Pitching Edge,” published by Human Kinetics. She is also the inventor and patent holder of the Spin Right Spinner, a device that teaches correct spin on pitch deliveries for both softball and baseball.

Kempf has been a color commentator covering NCAA softball for ESPN for 16 seasons, and previously commentated for FOX Sports, Comcast Sports, YES Network and the MLB Network.

She has been the President of NPF Media, LLC, since 2009 and the Commissioner of National Pro Fastpitch since 2007.

Washington, DC
September 17 - 8:30 am to 1:00 pm
This form needs Javascript to display, which your browser doesn't support. Sign up here instead